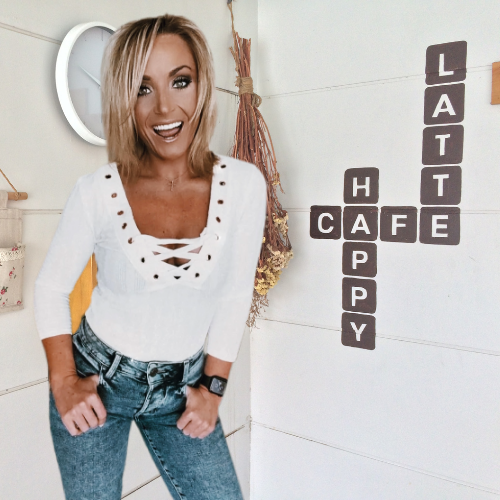 I was catching up with an old friend the other night, and we started talking about happiness. He told me he’s always been a giver, and he worries more about keeping other people happy instead of himself. What he really wanted to know was how I was able to find balance as a recovering people pleaser & over-giver myself. He admitted that when it comes to other people he was an expert, but when it comes to himself… he struggles.

And this is so common. Like… SO common! I was the exact same way before I went through my spiritual awakening. If you’re a giver or a people pleaser, it’s not your fault! It’s just the way our brains are. They’re wired for survival. I explain all of this in this episode of the Jamie Michelle Show.

You Can’t Give From an Empty Cup

No doubt you’ve heard this phrase before. It’s quite the cliché, but it’s true! When you focus on yourself and give to yourself first, the more you can be your best for others. Work on overflowing your own cup so that all that’s overflowing can be extended out to all the people in your life that you care about.

Prioritize your own health, happiness, mental wellbeing, physical fitness, & all the things that make you thrive above everyone else! You’ll have so much more to give out when you invest in yourself first. There are so many more benefits than just that, though. You’ll feel more confident to be your full authentic self, which makes you even more magnetizing to other people. They’ll be naturally drawn to you because you just make them feel good by being you!

Having the right balance as a people pleaser is a constant practice. It’s not something that you’ll just all of a sudden master and never have to worry about again. If only! It’s in your nature to be a people pleaser, so you need to be aware of when you start to feel overextended so you can recharge. If you don’t, you’ll suffer the consequences.

You’ll start to lose track of what actually makes you happy, lose sight of yourself, & forget who you really are because you’re so damn busy trying to be everything for everyone else. Sound familiar? Yeah, I know. Me too! But that’s not all.

What’s even worse is you’ll start to resent all the people that you’re going above & beyond for. You’ll start thinking that you’re unappreciated because you’re running yourself into the ground for no reason. And then? You crash and burn. Hard. That’s what ends up destroying relationships because you’ve lost the real connection. Don’t let it get this far!

It really comes down to having open lines of communication and clear, healthy boundaries. When you’re a people pleaser, setting boundaries is tough at first. Real tough. You’re so used to saying yes all the time, that when the first time you say no, you have a panic attack! Don’t worry – it’s just your ego freaking out because it’s something new. Don’t let it deter you!

When you do things that aren’t in alignment with your highest good, you’re unintentionally lowering your vibration. That ends up causing unnecessary pain and suffering for you and the people you love. What you have to understand is doing so much for other people at your own expense isn’t doing either of you any favors. Every single person is only responsible for him or her own self. Other people’s happiness is not your responsibility! It’s theirs.

People Pleasing is a Defense Mechanism

One of the things my friend admitted to me was that he’s gotten so good at pleasing other people that he doesn’t focus on himself. That’s also super common. People pleasing is something we do to avoid looking at our own shit. Isn’t it so much easier to dish out advice to others than it is to take it yourself? I know! It was for me, too. It still is most days!

This is an unconscious defense mechanism to keep us from going deep with ourselves because we’re afraid of what we might find. You have to ask yourself what it is that you’re afraid of. Most of the time it’s because we don’t wanna go back to old wounds that caused us a lot of pain. But when you confront that fear, you’ll see that there was never anything to be afraid of.

It comes from an abandonment fear. Again, that’s a survival mechanism that’s built into our brain. It isn’t your fault that it’s there, but you do need to take responsibility for it. If you’re not aware of what’s going on in your subconscious survival brain, then it will take over your entire life. That’s a guarantee. I have this fear and I share my own personal experience with it in the episode.

Stop Trying so Hard to Prove Your Worth

You don’t need to keep fighting to show people how worthy you are of their company. You are already worthy exactly as you are. But this is one of the reasons why we people please! We’re so desperate for people to like us because we don’t want them to abandon us [see above], but the people who are meant to be in your life will be there no matter what.

The people that love you are always going to love you, unconditionally! Of course relationships are about give and take and compromise, but it doesn’t have to be such a struggle all the time. If you have to fight to keep someone in your life, they’re probably not meant to be there. Learn how to be okay with letting people go so that new people can come in.

The Fear of Not Being Good Enough

One of the last things that my friend said to me during our conversation is that his biggest fear has always been, and still is, not being good enough. He isn’t so unique in that fear either! That’s always been my biggest fear, and it constantly played out in my life over and over again until I had my spiritual awakening. But guess what? It’s still there!

These fears don’t just go away. This comes up for me all the time. It’s going to continue to come up every time you go to the next level of your development. Hell, it’s active for me right now! Here’s what I confessed to my guy friend. I told him that fear comes up for me constantly, and what I end up doing is dimming my light.

I don’t fully step into the role that God has for me because I’m terrified I’ll find out that I’m wrong. I’m afraid I’ll find out that I don’t have any unique talents and that I’ll fail. So I’d rather just stay where I’m at, where it’s cozy. But I’ll tell you one thing (and this is exactly what I said to him), it’s not working.

It’s not working for me anymore! So it’s time to surrender all those fears about not being enough to God and take the jump. And that’s exactly what it comes down to for all of us.

It All Comes Down to Trust

You just have to trust that wherever you’re being called is exactly where you’re meant to go. And take action. Show the universe that you mean business by just taking the first step. The whole plan is not gonna be revealed to you at once. The end-game is not gonna be shown to you until you get there. The only difference between people who are super successful and people who aren’t is action.

Successful people take action. They’re not afraid to fail. And none of us should be! Life is a game. Failure doesn’t exist. Fear is an illusion. That’s all true! What’s the worst that could happen? Every single time I’ve taken a leap of faith, it’s paid off massively. Instead of worrying about everyone else’s happiness, it’s time to start focusing on your own.

Because you are worth it!

Here are some helpful links for you to learn more or get in touch with me:

Don’t forget to subscribe to the Jamie Michelle Show on iTunes, Spotify, Pandora, Stitcher, or Google Podcasts so you never miss an episode! I’d also really appreciate it if you left me a review so that more people can find the show.

If you found any information in this episode useful, please share it with your friends, family, followers, and any people pleaser that could benefit from it!

Got a problem that you’d like me to address on the show? Send an email to jamie@jamiemiche11e.com and tell me what’s going on! If you’re up for it, we could even do a coaching episode where I help you work through it in real time.

Right-click here to download this episode to your computer. 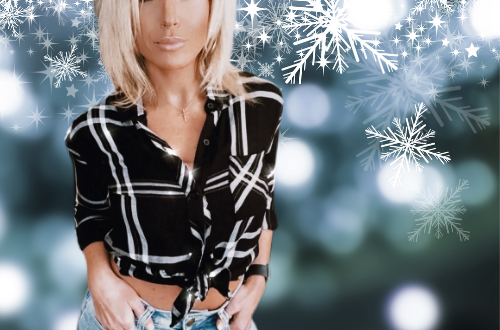 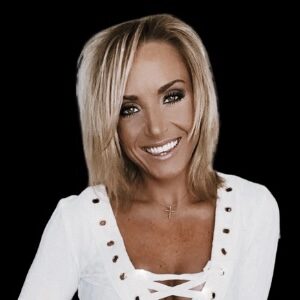 Last week was a big week for our family! We were b

Overwhelmed with gratitude to have the honor of re

I have not ALWAYS been this way. I used to strugg

Since New Years is right around the corner, I thou

Manifesting him is easy! Believe and know that yo

My heart is full. Feeling so incredibly blessed. M